The Law on Enterprises has undergone amendments since the first incarnation 20 years ago, which impacted the change in business freedom and contributed to a fair, and non-discriminatory business environment. Nguyen Hung Quang, Managing Partner of NHQuang&Associates, analyses the development and implementation of the law over the last two decades in order to draw some lessons for lawmaking and enforcement in Vietnam.

The Law on Enterprises from 1999, 2004, and 2014 were truly a breakthrough in administrative procedures to license the establishment and operation of enterprises and business models in Vietnam.

Before the turn of the century, it took three to six months on average to establish a company or sole proprietorship, or even up to a year with numerous papers to be prepared. Some were extremely difficult to prepare, including explanations for environmental protection, office lease agreements, bank certification for contributed capital, and more.

In that period, the licensing process for establishment of a company or sole proprietorship was unpredictable due to the sheer amount of unclear requirements and conditions. Thus, it did not encourage citizens to set up a business in the first place.

After the 1999 edition came into effect, it only took the licensing process four to six weeks and included simpler dossiers. The requirements regarding an initial business plan, environmental protection plan, office lease agreement, and building title no longer existed. The process required only one step, involving registration at the business registration office.

Thanks to the reform of licensing process in this law, handling administrative procedures under the one-stop-shop mechanism was introduced in the 2001-2003 period in the business registration process. The applicants no longer needed to pass through the many doors of state agencies to complete the requirements of licensing procedures.

The time for such procedures was shortened to two to four week and the changes encouraged businesses to carry out official registration. The number of registered businesses in the 2000-2002 period was nearly the same as over the whole of the previous nine years.

The Law on Enterprises 2005 and its 2014 successor continued to reform regulations on administrative procedures to facilitate businesses in entering the market, such as merging business registration with tax registration; developing a national registration portal, cancelling requests for notice of office openings; and simplifying requirements on application dossiers.

The implementation of the 2005 law also highlighted online business registration. The formation of the national registration portal is an impetus for administrative procedures on electronic platform, saving time and costs for both state agencies and companies. The portal has also made information on businesses nationwide more public and transparent.

In addition to simplifying administrative procedures in the laws, many sub-licenses and business conditions which may obstruct enterprises entering the market and causing high compliance costs have been reviewed for removal.

In 1997 and 1998, the requirement of gathering public comments for developing legal normative documents was set out in the law on promulgation of legal normative documents, but actual implementation was not as popular as it is now. At the time, comments for law draft were mostly targeted at selected persons. On the contrary, the drafting team of the Law on Enterprises 1999 had many meetings to consult opinions from business people, law practitioners, and foreign experts. The respectful, real discussions that were held made participants feel that the Law on Enterprises was their own.

Public consultation for drafts of the 2005 and 2014 laws took place at early stages of the drafting, involving generated opportunities to facilitate stakeholders, especially corporate lawyers, to describe the practical difficulties in the implementation of the law and helped to make new provisions more predictable.

One of the special features about public consultation for the three editions of the law is that they not only took place in the drafting process, but also during implementation of the laws. The Central Institute for Economic Management and other departments of the Ministry of Planning and Investment usually invited lawyers and businesses to their meetings and workshops for gathering opinions on problems of law implementation so as to prepare relevant measures for improvement, such as formulating guiding documents and providing other measures to revise legal provisions.

Reviewing sub-licenses, business conditions, and developing the national portal on business registration were all consulted on with experts, lawyers, and businesses widely and profoundly.

Enforcement of the law

The task force successfully addressed various questions from businesses and state agencies relative to accurate understanding and application of the Law on Enterprises. As mentioned, it also reviewed and eliminated a number of sub-licences and troublesome business conditions, especially in regards to market entry. Besides that, it could also help state agencies resolve difficulties arising in implementation of the law. The task force also conducted public consultations which are usually published, thus earning the trust of firms.

Further recommendations for the future are advisable. The Law on Enterprises 1999 has created a significant change in the legal provisions on business rights. Amendments and supplementations to the following laws in 2005 and 2014 have mainly focused on revising provisions causing difficulties for state management, and administrative ­procedures to facilitate businesses. The revisions have brought positive results to the business environment. However, in the future, the revision should be paid attention to legal certainty and developing core principles.

Legal certainty will help the law become predictable, to ensure consistency of legal provisions and to avoid abuse of state power. It is often emphasised in international investment agreements and in order to attract foreign funding and ensure international commitments, host countries have to be committed to foreign investors in that any change of laws shall not affect them.

Meanwhile, to ensure the certainty of the Law on Enterprises, it needs to establish core principles of its own. If these principles are well established and remain over a long period, it will make it easier for other business laws to become unified and consistent with each other, such as those on securities, investment, and more. 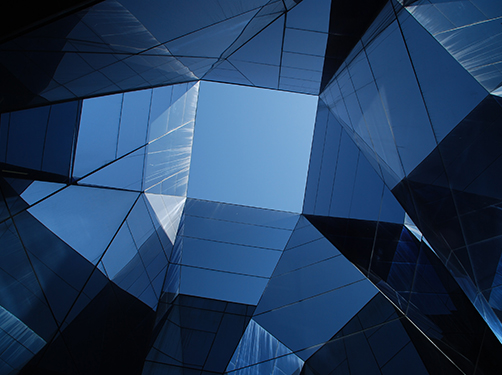